At the beginning of the year Colan (one of our huts officers) had the great idea of making its his years mission of finding the best waterfalls/swimming holes. I'm not too sure where the progress is on that mission but that’s alright because we did get this epic trip out of it! Will have to bring this mission back once summer returns.

Said waterfall is pictured below + a classic attempt at the VUWTC logo. 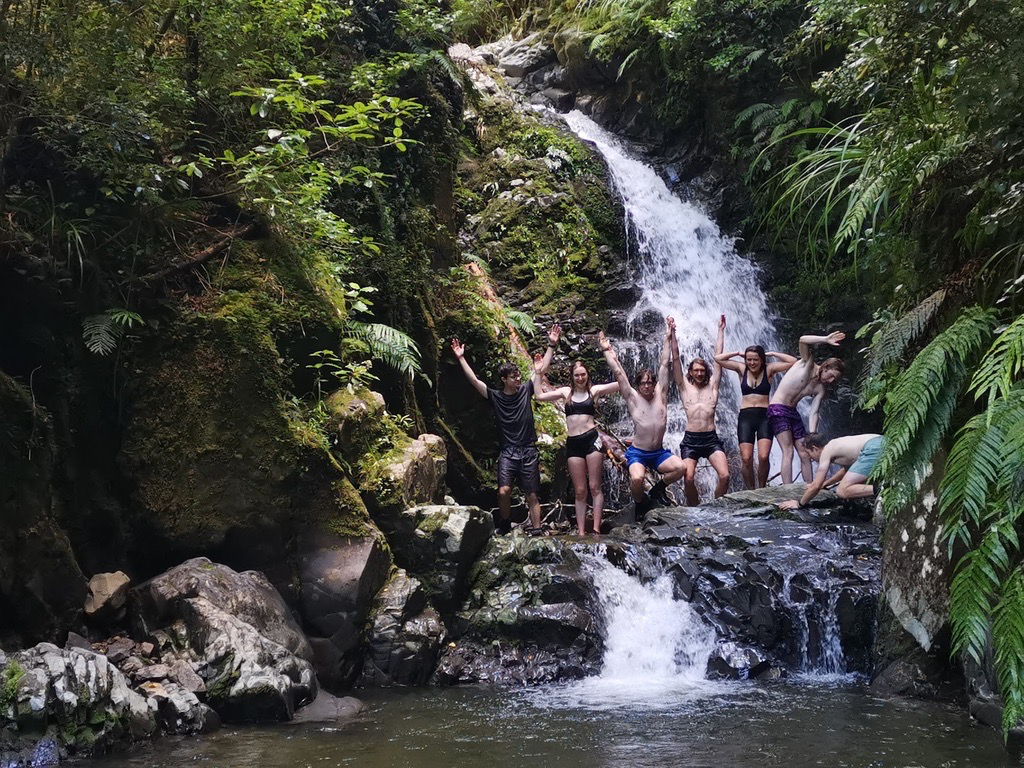 The agenda of this trip was to head into the Orongorongo Valley to eat some great food, have a play in the packrafts, entertain some good company, have a geez at the full moon and most importantly try to find Turere Falls. Everyone loves the Orongorongo Valley because it’s a max 30 minute drive to the carpark and then only another 45 minute walk into the river valley where there's around 4 doc huts on offer and a million epic camping spots. A great place to go if you feel like some bougee tramping food but you don't wanna walk for 4 hours with a 25kg pack – or maybe you just want to carry a bag full of piss… who knows, the options are endless.

Picture below is us post packrafting, warming up by the fire in the best way possible (See Amons demonstration) and getting veges ready for dinner. 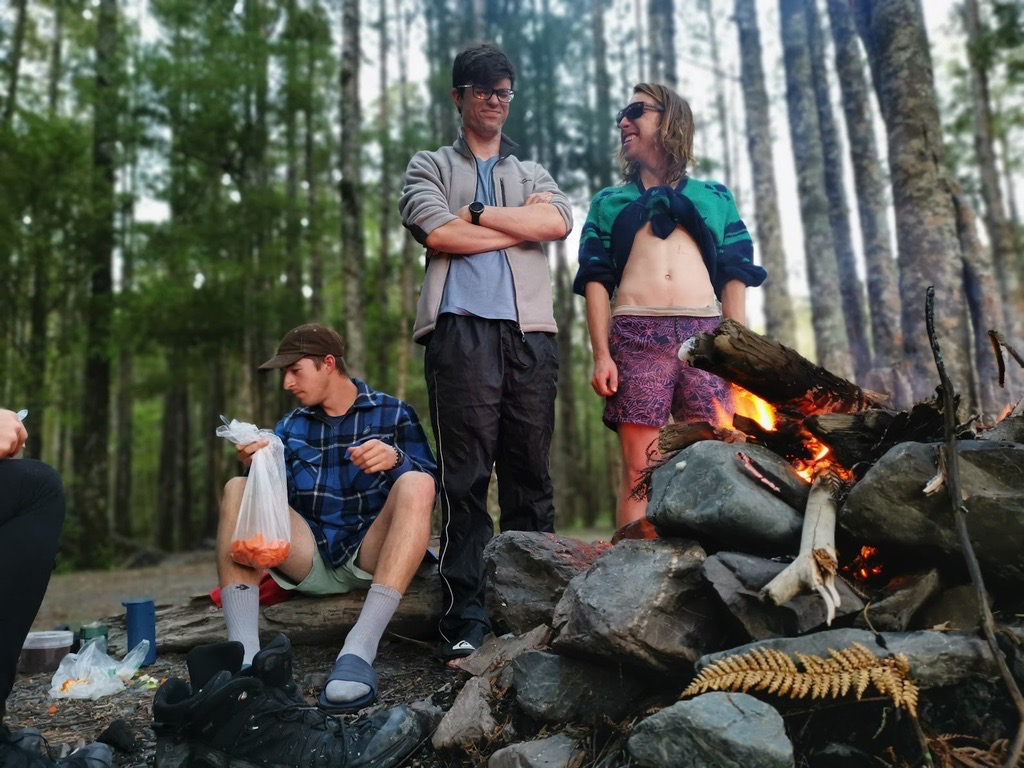 In our case it was a dinner of black pepper tofu, bok choy, some noodles, a coconut, a watermelon, a mango (which was stolen by a possum) and a whole range of other exotic foods for lunch time like a kilo of hummus (thanks Colan). This good food was Colan's first mistake and from then I knew that he would provide and I would never have to organize a tramping meal ever again as long as I took him along - Amon and I have certainly taken advantage of this.

We set up the cutest little campsite just up river from the bridge, and took the packrafts up stream to test them out. Amon and I got a little distracted in the mud (see the photos), but we did eventually get them all blown up and found some rapids to send ourselves down. After a couple runs we decided we were basically professionals and started planning a trip up to Maungahuka Hut in which we would pack raft out the Otaki river - a bit ambitious we realized half way down the rive but that’s another story.

Picture Below: Mariano and I won the doubles pack rafting race, it needs to be said. 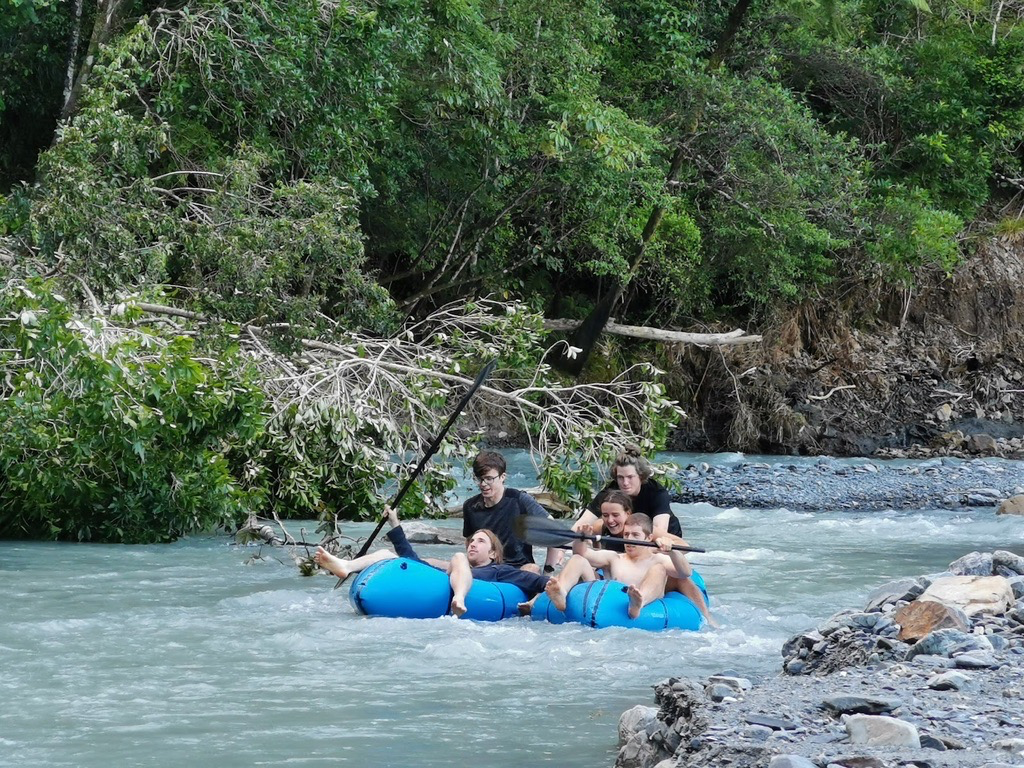 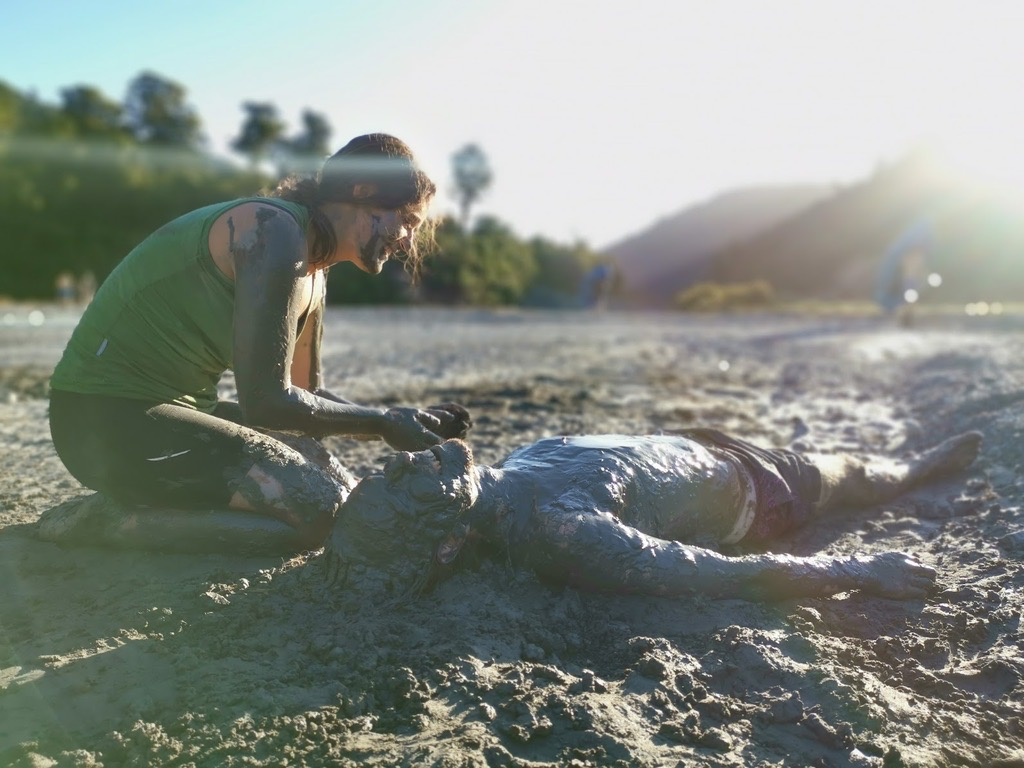 Of course we had to take the watermelon to the waterfall, because otherwise what is the point of this whole exercise. So here is a photo of me carrying the watermelon along the ridge. I'm proud of the fact I didn't drop it once andddd I only put it in the backpack when we were swinging down the trees down a near vertical bank. 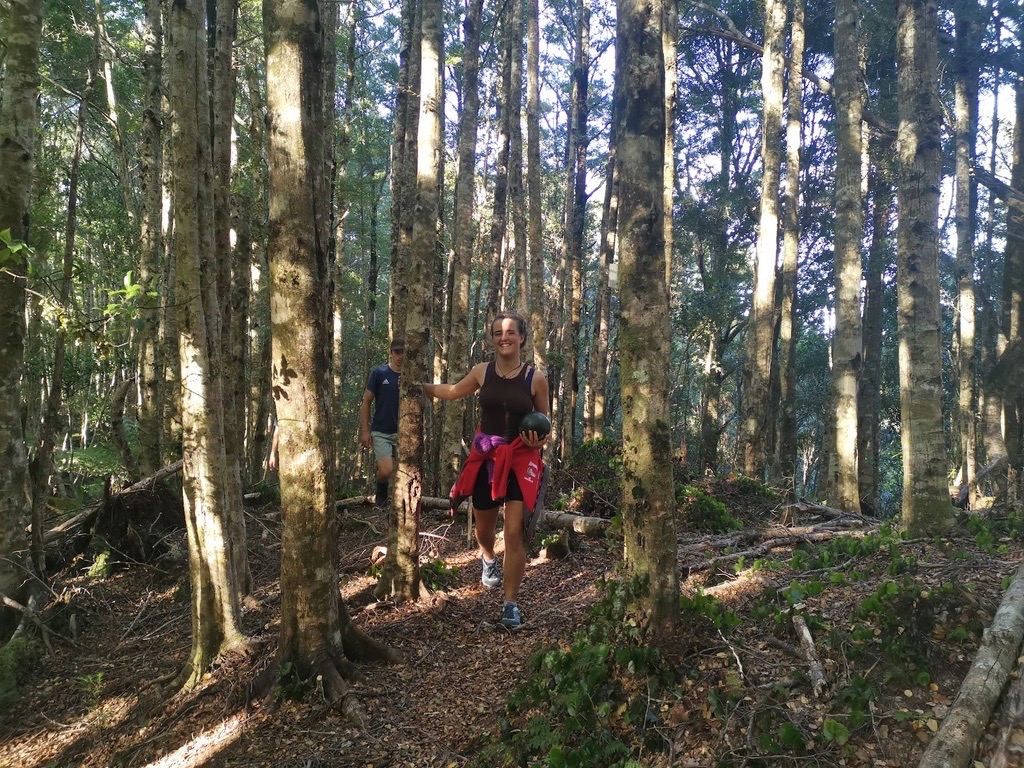 Instead of trekking all the way back up to the ridgeline we decided to walk down the stream, which took a few hours longer than anticipated - or maybe it just felt like hours - by this time my brain was feeling mushy. The rest of the gang ran their way back to camp and headed back to Welly, but because Amon, Colan and I are all unemployed (PHD's obviously don’t count as a proper job) we dawdled our way down the stream. There are many epic swimming holes on the way down and I fell in fully clothed more than once…

It took us a couple hours to pack up camp - it wasn't just me that was feeling brain dead. By the time we made it back to the car all we could do was lie in the carpark and think about how we should probably get back to the city. Despite the massive poo brain all we talked about was the potential for upcoming trips. It was still summer holidays at this point and even though I was back from my epic adventures down south that didn't mean I was about to sit around on my ass for the last two weeks - no way. Maungahuka hut was in our sights, one of the most exposed routes in the Tararuas, but we thought to make it slightly more interesting we would hike down to Penn Creek Hut and packraft out the Otaki. Boy did overestimate our packrafting abilities. In comparison with the Otaki River, our little rapids in the Orongorongo valley were like little trickling streams. But you can read about that in "Maungahuka - tramping and some other activities".