The weather forecast was poor. 90km/h winds and clag on some of the most exposed ridges in the range? No, that wouldn’t be safe. Never mind this was the first trip I was leading as a member of the club. Before I’d only dragged friends out – no accountability there (they should know better than to trust me). I opted to keep it safe. We left late Friday afternoon and sauntered up to an empty Field Hut. Sithmi’s bag was about as big as her, and yet she emanated only joy, not least at the glowing green Puriri moth that decided to hitch a ride with us for nearly a kilometre. Poor thing flitted off before it got to taste the dinner I’d prepared. Joe found a tree that should’ve been eaten by deer (rakau) - it hadn’t been. A rare sighting and a hint at hope for some of the local flora. Chris was chipper as ever, looking froward to his new experiment – Raro and vodka. 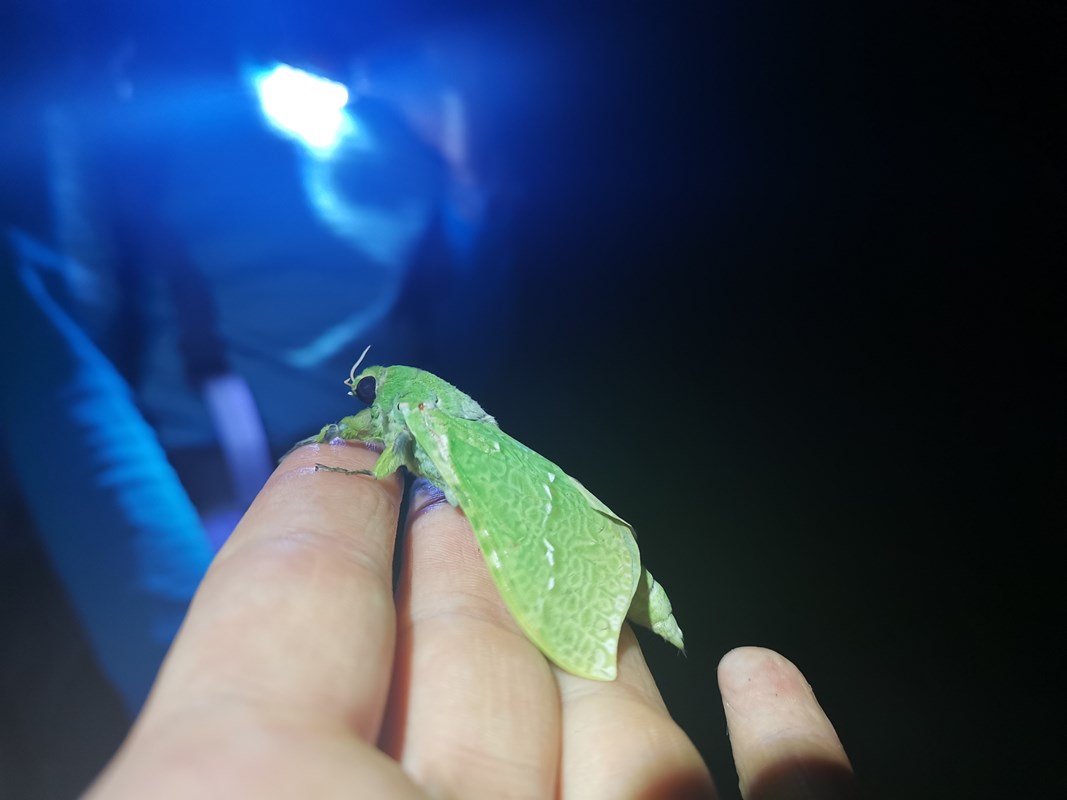 Back to that dinner – fresh off the Heaphy where I’d decided to pair gourmet and ultralight, I had made the executive (perhaps life changing) decision that food is more than just energy. Food is pleasure, motivation to go on, something to look forward to and a luxury in the wilderness like no other. Nights eating lukewarm ramen could **** off. We dined as royalty do, tortillas, beans, capsicum, fresh avocado and spiced rice.

Waking up the next morning, long before the others, I hiked up to Tabletop, spectator to the rolling clouds dancing through the peaks. This is the weather that makes my knees weak. Bluebirds are boring – I want drama.  The rest of the troupe rose to banana bread and peanut butter and freshly brewed coffee. The day seemed bright. Until we looked outside. Those clouds I’d watched caressing the peaks were now downright coddling them. Not long before we’d be locked into their cool embrace too. No bother, onwards to Kime.

What can I say about the walk? It was damp and cold. We couldn’t see much. Joe found some plants*. They were good plants. We’ll go see them again. I took a photo. Chris is in it. We made it to Kime. Tea was brewed.

Amon’s far out trip to paint Penn Creek had been cancelled, so him and Sherwyn had decided to meet us there. They’d be out there somewhere too. In the meantime we lazed about and stayed warm. Not too long after they rolled into the hut and we opted for some adventure – the forecast wind had picked up. Fancy getting blown off of Hector? We did. Onwards and upwards, swept off our feet, stumbling, clag racing up the sheer slopes. A break, a view. No it’s gone. Ah the summit. Cowering in the grass. My pants! 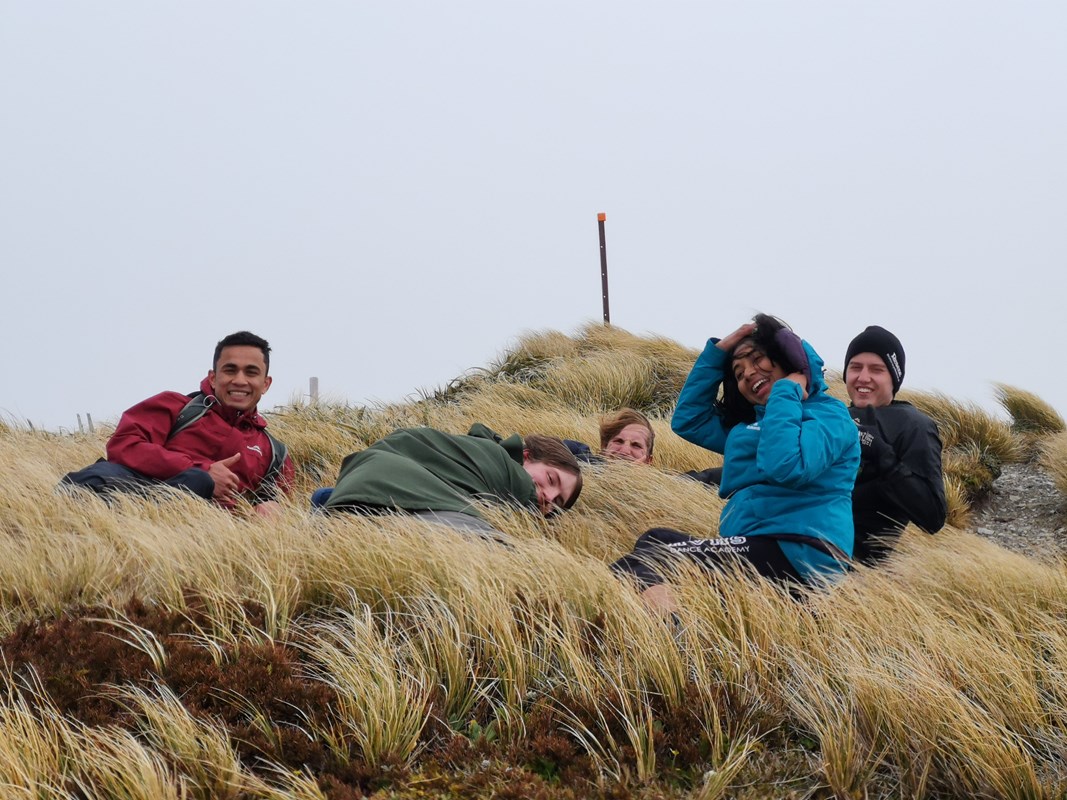 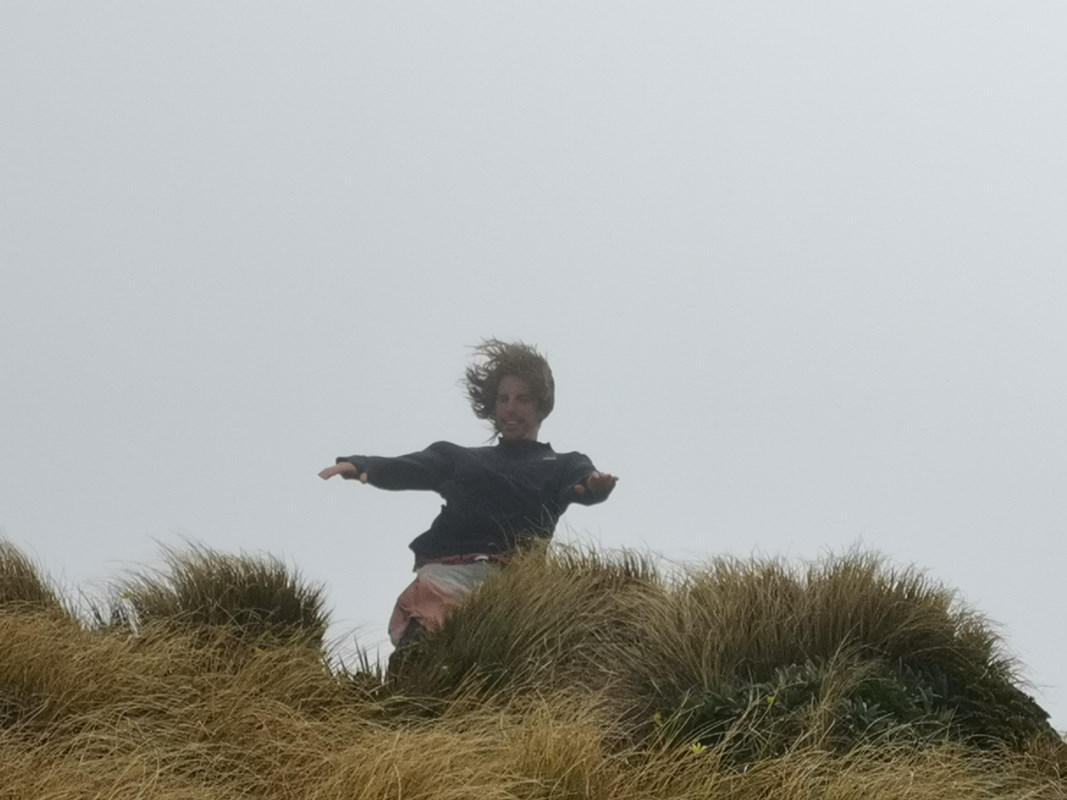 I feel it necessary to interlude here. I lost my pants. Ripped from my person they rode the wind like I’d imagine a big wave surfer rides the waves – on and on into the depth of the Tararuas. Perhaps a bird of prey is a better visual. Trace any cryptozoological reports of Haast’s eagle finding refuge in these ranges right back to my pants - I’ve done the legwork for you (pun - because one always need to point a pun out).

We found ourselves back in Kime scoffing green curry and hot chocolate  and a game of cards before bed. Strolled back the way we came Sunday and had an hour long swim in the Waiotauru.

Chris enjoyed his Raro by the way. I’ve seen him drink on every trip since.