Exactly 7 years ago to this trip I broke my back in 6 places and was told I was lucky to be alive let alone lucky to be walking. I thought I would never be able to go tramping again due to tramping involving carrying a pack and standing up for multiple hours, of which I had not been able to achieve at the same time for almost 7 years. Only by the summer of 2021/early 2022 was I FINALLY able to go tramping after having daydreamed about it in bed for years. So no better way to mark the date than climb a mountain with my friends Colan, Meike, Amon and Tom.

On the way to Syme hut the forest was stunning thanks to thick layers of moss and lichen on the trees, but didn’t last long until it was lots of wooden steps up tussocks. eventually the steps just ran out and the ground was suddenly large rocks and lots of gravel, so a mix of scree and rocks. There were just poles marking which side of the mountain to walk up and worn tracks from other people’s footsteps. I had never been on scree before so was a bit freaked out at how loose your footing is combined with the drop behind you, to be fair it wasn’t that steep to Syme but it was a new experience so was giving me the heebie-jeebies.

After walking and scrambling for 3hrs we got to Syme, and the plan was I would stay at the hut while the others attempted the summit of which a path was not marked. But Syme hut looks directly at the peak and I was on a high from having gone up 2hrs of scree and rock and come out unscathed so I decided to head up too. The mountain turns into far finer scree and at about half an hour to the summit I felt way out of my comfort zone because it was so steep that looking directly behind myself the ground went concave so that if my footing wouldn’t have held on to a brand-new step that I had to take for every step, I could go plummeting to oblivion. Thankfully Amon volunteered to take the lead so I could grasp a little bit of security in stepping where he stepped, but still I was shaking and thinking it would be so nice to just squat down and wait for a helicopter to come get me. But I had no choice but to continue as at this point was not aware of how much easier it is to go down than up scree. (Photo below is the view from Syme, and photo below that is halfway up to the summit looking back at Syme) 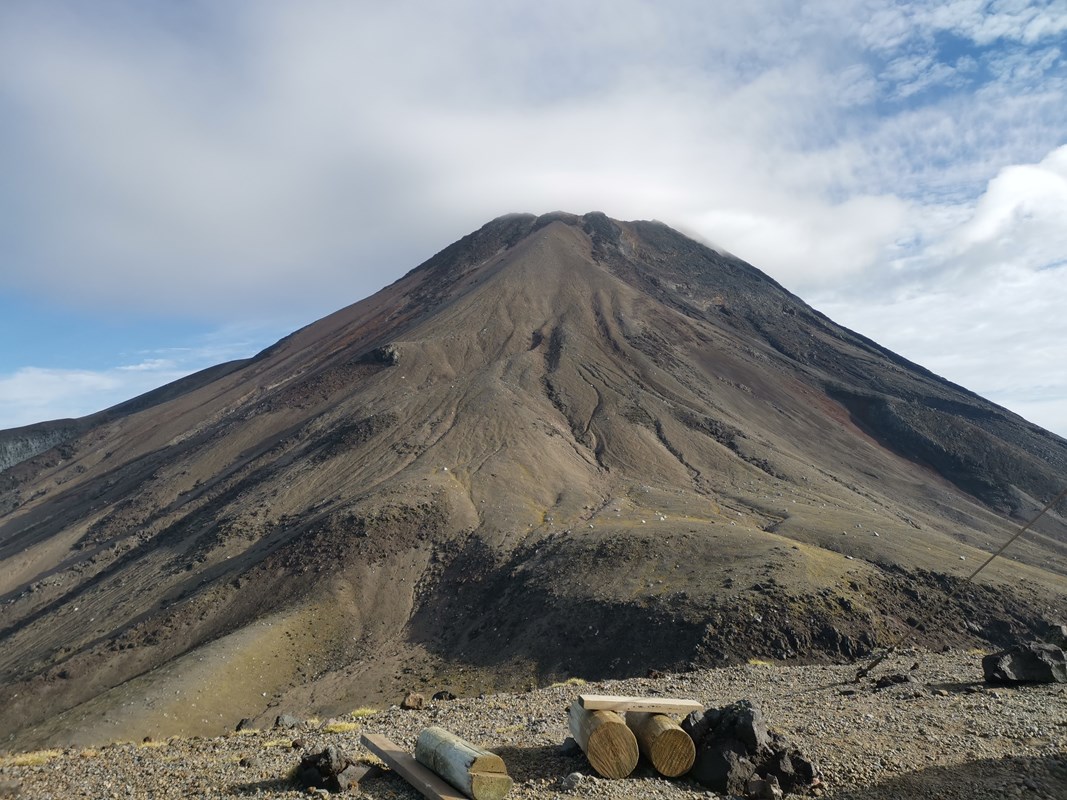 Finally, after about 1.5hrs of having left the hut we made it to the crater, with respect the local iwi we didn’t technically step on the summit which is the highest point on the crater lip, but we had amazing views all the way out to the ocean nonetheless. My friends had carried up a watermelon and were all cheerfully eating it while I was quietly freaking out about how I was going to go down the mountain after thinking my life was honestly at risk climbing up.

I recall on the drive up Colan, Amon and Meike were all ranting and raving about how ridiculously fun scree running is and I was still believing I would not be about to do it. But, after just a few mins of decent I was having a wicked time scree running. My entire mindset shifted from thinking I have traumatised myself putting my life at risk and still is not over, to experiencing one of the best feelings in the world; confidence in my body and my decisions and finally understanding the gravity of the situation that here I was 7 years later running down a mountain I had just tramped up. Halfway down to Syme we huddled together to watch the sunset which was extra special because we were above the clouds. This was a very special moment that I will cherish forever.

The night suddenly turned into a windstorm with icy mist, and we were camping so I’m pretty sure none of us slept much at all. It was sunny again the next day and I was so happy about the turnaround from the day before of freaking out for my life to feeling amazing and confident on the mountain that I was ok with the sleep deprivation. In all I could never have predicted that I could climb to the top of Mount Taranaki. 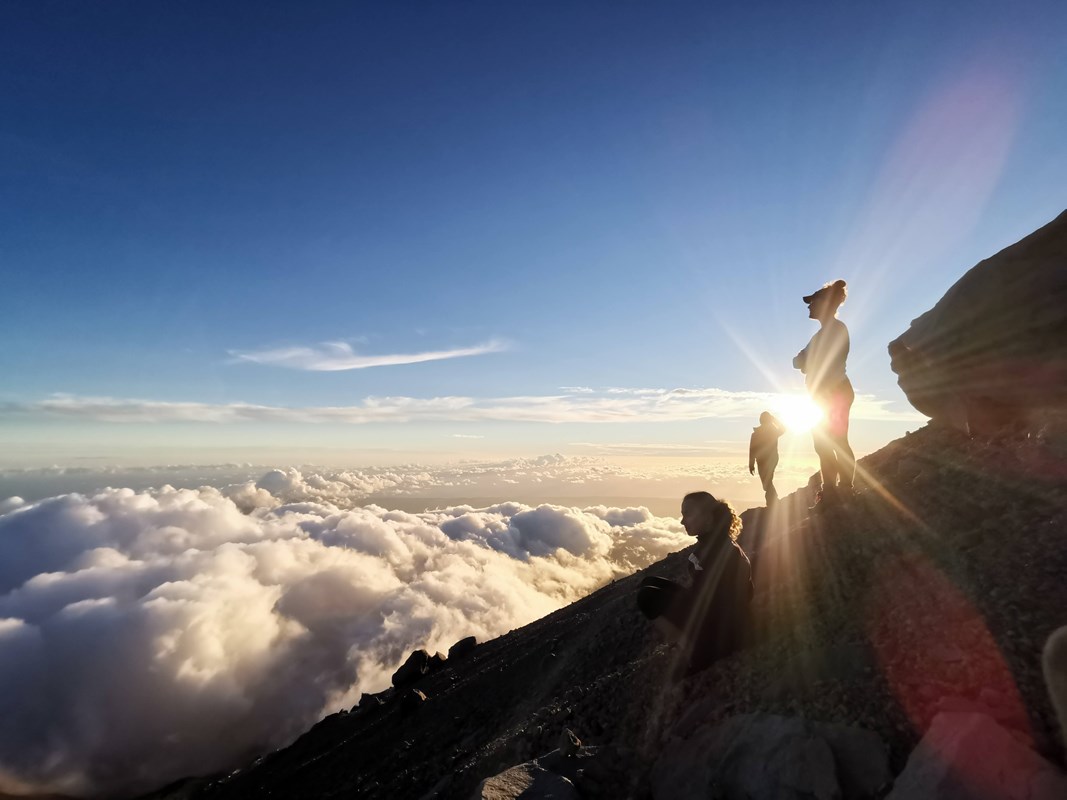