Colan pulls a package out of his pack, should probably shut up about what’s inside.

Colan leaves home to catch the 8am ferry. Realises he’s left his and Jim’s gaiters at home, has a minor panic but luckily the ferry leaves late and his flatmate gets there in time. The stage was set for the rest of the trip, mishaps, faff, and everything kinda working out in the end. A ramshackle sardine-packed action adventure in which we sang only the choruses of countless hits - the tone of which is hopefully captured in the maniacal and staccato delivery the following text.

Got to Blenheim Pack’nSave bought far too much food, ate pumpkin curry that looked like it should’ve rather inhabited the nearest infant’s nappy, the accompanying wraps fell apart and started dripping which only furthered the metaphor (I spent ****ing hours cooking it goddamn lying ass recipe lucky it was dark so folks fed). Watched a sick sunset pulled some poses, packed our bags so we wouldn’t have to do it in the morning and went to bed. Yeah don’t camp next to the sea if you don’t want to get soaked as and don’t leave at 7am from an east facing beach if you don’t want to stay soaked as. Packed our bags again because why not (Siru’s came in at a featherweight 24kg), actually left at 7:30 and drove an exciting couple hours to the trail head. Isaac’s recommended sex podcast failed to pitch a tent in our minds so we listened to some music, pulled over when we saw Tapi and danced on the side of the highway for the oncoming traffic. Got to the trail head, packed our bags again for the hattrick and left an hour later than planned. Thank dear god the farmer arrived and gave us a lift in the back of her ute 2k up the road otherwise we’d have arrived in the pitch black at two ice boxes after the ~80 river crossings and trekking through slush. Did I even have feet anymore? If the world is solely a product of our sensory experience then nah, I did not. Ate some food, can’t remember what and agreed we’d leave the hut by 6 or something the next day. I lie, it was my birthday and we ate a cupcake so that was a sweet memory I will cherish until my sensory experience renders memory senseless. We didn’t leave the hut by 6 because it was miserable as, snow was terrible, hadn't had time to pack down and so was super slow travel and super deep. Didn't make it to the summit because we left a little too late considering the snow conditions, travel was slow, missed the turn off to the river, had to stop to take a s**t because my bowels don’t understand the concept of an alpine start, clouds came down and we figured it made sense to turn around and try another time. Maybe 500 meters from summit.  Jim ate an apple, we glissaded half the way back, christened a knoll mullet hill and gave Amon and Meike the beginnings of a very mullety mullets with a tiny pair of scissors while Isaac let one loose off a rock and swears it was the best poop of his life. Arrived back at the chilly bins around 2, had lunch at the picnic table and talked smack, played cards, slid down some snow, ate (drank?) miso soup and spaghetti which congealed together into crispy pasta churros that were nothing even close to churros apart from the shape. Woke up the next morning with Amon and Siru sporting fresh new respiratory infections and realised a vital piece of equipment was no longer in my bag. Where tf were my car keys? Searched for an hour and yeah figured they must’ve got sick of following our faff and glissaded off down one of the slopes the day before on their own. ****. Do we go look for them? The weather looks iffy, we don’t have a ton of food. Nah, teach me a lesson and leave em there (thanks for the pep talk Meike – yeah none of us wants to end up in a Stuff article). Leave at 8:30, Amon and I run ahead because Amon has 21 year old legs and this is my gdamn fault, we’re another 80 river crossings and 20km down by 2, jump in Siru’s car and drive to the Camden Cookshop for a phone. Hang out there trying to get my spare keys on a boat, plane, mother****ing pigeon for two hours before jumping back in with a length of wire to go fetch the rest. Break into my car with said wire after 45 minutes of pure flow-state level dedication get our beans and cook up some mean nachos back at the Cookshop. Anyway so Isaac finally convinces his cousin to pawn off my spare keys on some stranger on the next flight to Blenheim but it means we’ve got to get out at 6am. Amon decides it’ll be fun for four of us to sleep in the same bed, wake up at 5:30 neck some coffee jump in the car and spend the next TWO HOURS pushing it up and down the driveway because the battery has about as much will to live as I do after leaving bed well before the crack of dawn 5 days in a row. Two minutes from the Blenheim airport we get a call telling us to come pick up the keys thank goodness oh wait no in WELLINGTON yeah the stranger thought we were peddling a single hits worth of molly in the remote and chucked it at the police. The suns out. It’s a beautiful day. Isaac and I spend it in good ol’ Blenny parking lots eating Z-sausage rolls yeeha mate and finally find out Sounds Air will deliver parcels airport-to-airport for 30 bucks. Return to the crew who’d spent a lovely day petting a horse and walking a dog they’d named faff with kebabs as a peace offering, drive out of that god forsaken valley and camp out at Rarangi (totes worth a visit).

Great scoping mission though would like to see you on the next trip:) Check out Meike’s beta on the website for actual useful information. 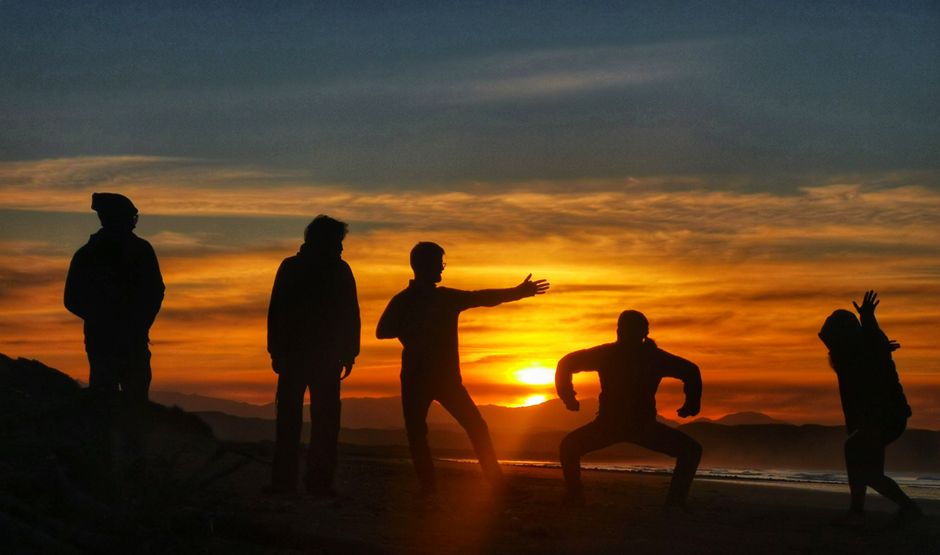 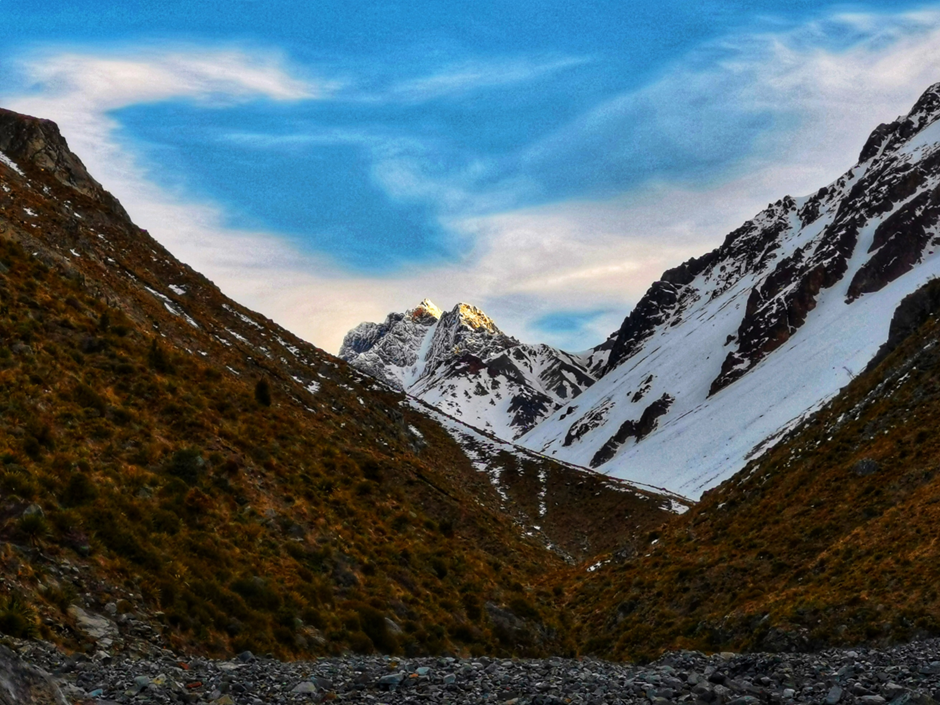 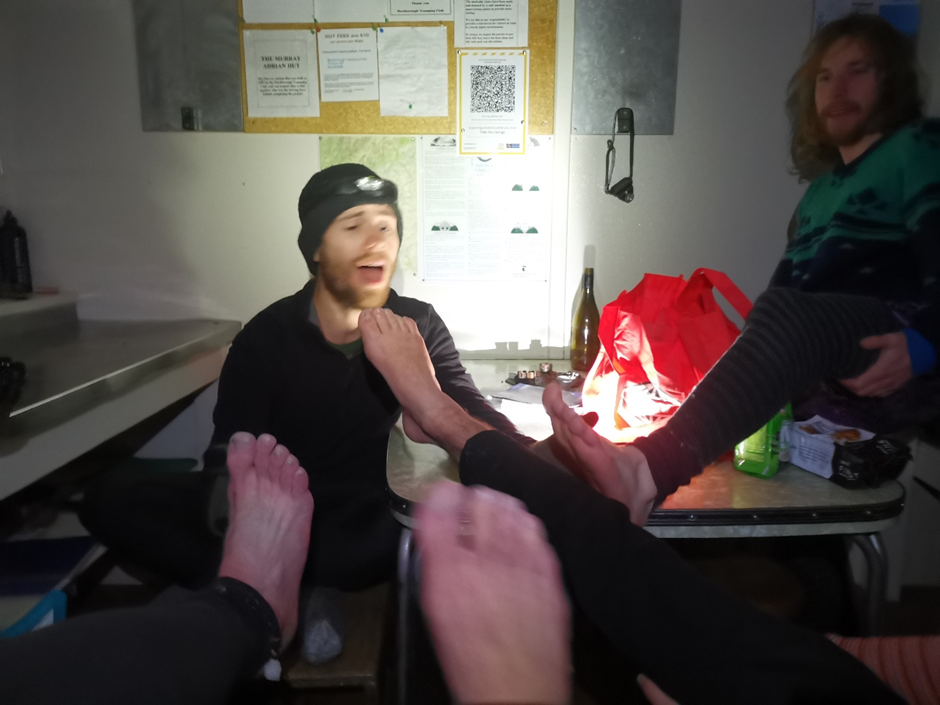 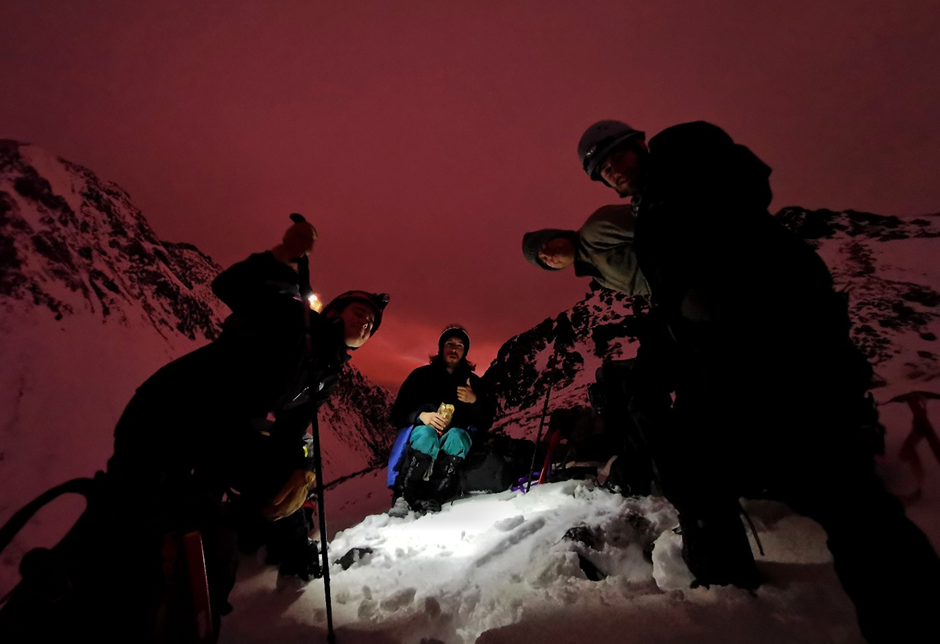 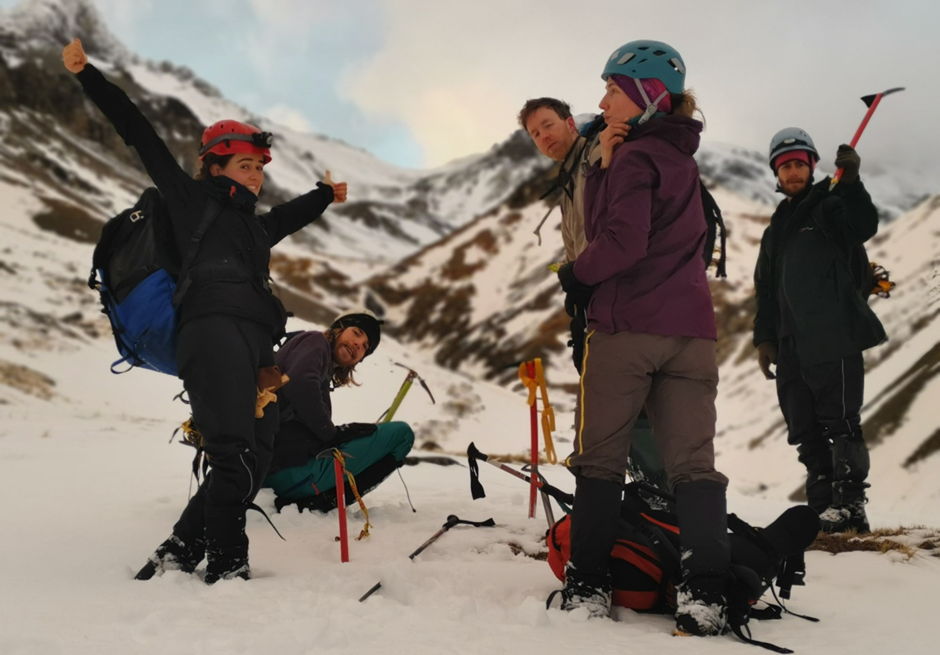 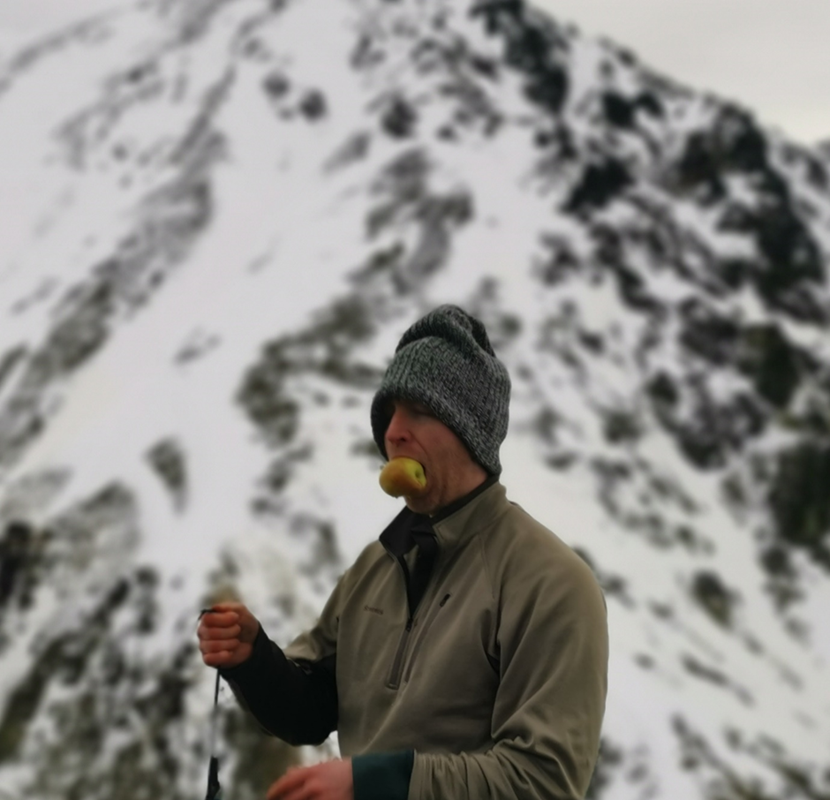 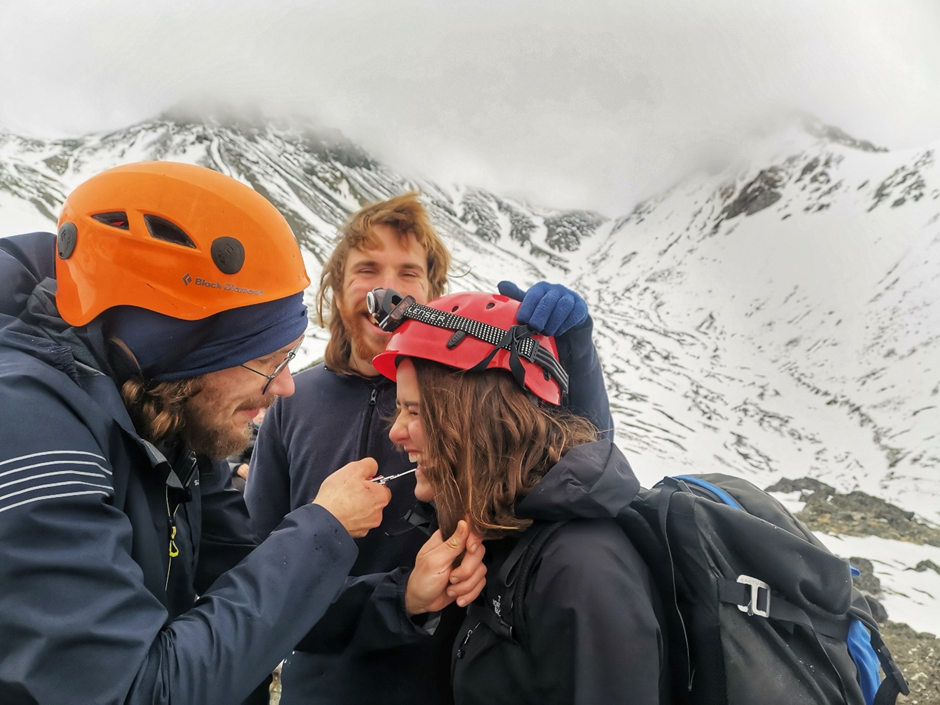 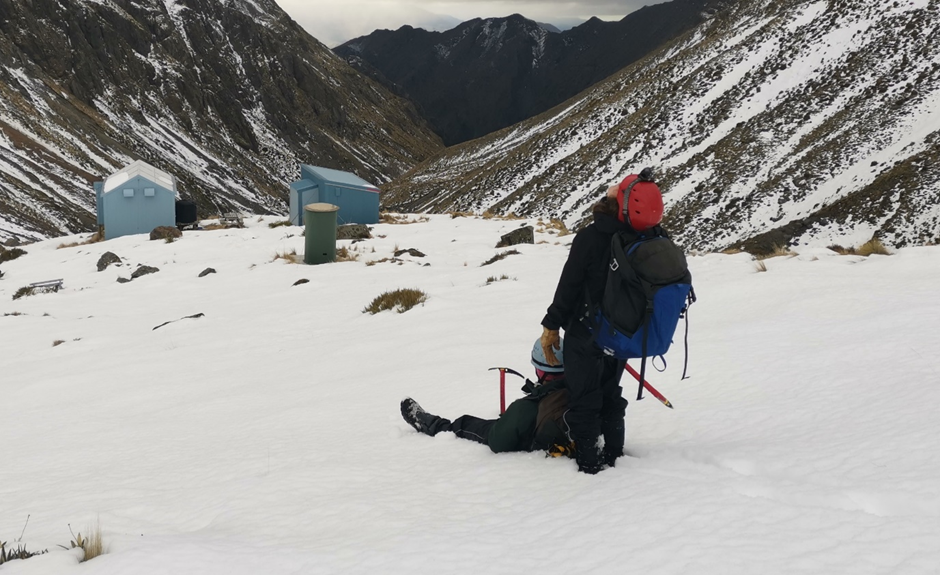