This trip involved a long road. The road to that long road was... long! When I got the idea to do a trip out to Pencarrow head, I thought I was preparing myself for a journey down a mildly long road. It turned out that both the illness and weather gods wanted to make that road even longer, with continued warnings of gales of 75+ km/h. Such winds are common to the Pencarrow coast, being exposed to both the Cook strait and Hutt valley. Many reschedules thus ensued.

I was eventually able to find a free day with a good weather forecast. I found myself at the start of the trail in Eastbourne with Marcella and Mariel. The sun beamed down on us, and I noted that the long feared galeforce winds infamous to the Pencarrow coast hadn't decided to crash the party (at least not yet...) However, the weather forecast ominously warned of heavy rain in a couple of hours time. Would the weather gods be nice for us today? Only time would tell.

We set off in good spirits, appreciating the flat shingle track that weaved along between the coast and the hills. While the actual weather was great, we soon found ourselves in the middle of a metaphorical storm of cyclists. They came at us from both in front and behind. Despite their sometimes overwhelming number, they seemed pretty friendly and good at dodging walkers like us. We somehow managed to avoid being hit, though no promises if you go!

We passed through Camp Bay, where ironically camping is banned. We then reached a picnic area just off the track called "the Pipes," though for some reason there were no pipes in sight. There was also the remains of a campfire, which wasn't the best considering the area has a total fire ban. Continuing on, we approached the ruins of an old wharf. I had heard about these and was excited to explore them. Yet all that was left were three small posts, so we left feeling pretty disappointed. 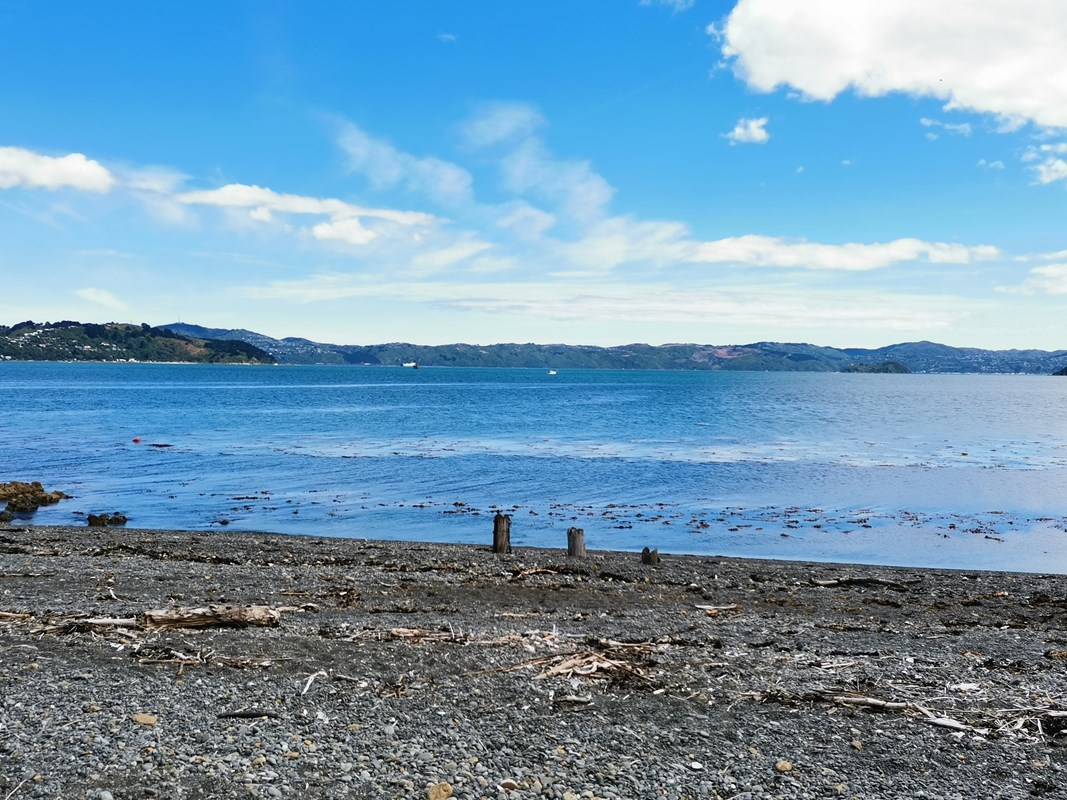 We didn't feel sad for long, as we approached the lower Pencarrow lighthouse in the distance... or so we thought. Turns out I was only squinting, as twas only some sort of monitoring equipment. Looking further ahead, we spotted furry shapes moving in the hills. I thought for a second that they were the literal embodiment of the club's logo, the humble sheep. Turns out I was squinting again, as we realised they were actually magical cliff climbing goats, cousins of the sheep.

After waving hello to the goats, we set off to the lighthouses. The track eventually split off to the left, rising up along the hills. The old lighthouse on the clifftop rewarded us with great views of the coast in both directions, lake Kohangapiripiri, and the distant Marlborough sounds. After enjoying lunch and snapping lots of pics, we walked over to the nearby Bluff Point lookout, giving us an alternative view of the lighthouses and yet more photo ops.

Over this time the sky over the hills grew slowly more cloudy, but no rain yet. We backtracked from the upper lighthouse and cut down past the lake, passing an old shelter before looping back onto the beachside track. There we were greeted by the Hutt city sewer pipe, making us quickly forget any plans to have a cheeky swim in the sea. Closer investigation of the sewer grate was followed by regret.

We continued past several old buildings before encountering the modern Pencarrow lighthouse that is used today. After taking even more photos, we made our way back to Eastbourne, waving goodbye to the cliff goats on the way. Somehow the rain that was forecast never appeared, and the winds had stayed pretty calm too. We headed home happy and dry, relishing the fact we somehow escaped being the latest victims of the ferocious Pencarrow winds of legend.