The week of March 3, 2019 was quite a dreary one. Rain fell from the sky at least once each day, and any sane person would’ve liked to stay indoors until the sun decided to show itself again. With all of this being said, due to our lack of sanity, VUWTC met up on Saturday, March 9 to begin their trip from Aro Valley to Island Bay. Though half asleep and already damp from the morning’s poor weather, more than 40 dedicated trampers arrived at the intersection of Aro Street and Holloway Road at 9:30 that morning. Some people tried to avoid the rain by taking refuge inside the bus stop, and others under trees. Regardless as to what strategy you chose to help keep dry for the time being, it was nothing short of useless. Rain, mist, and fog were all inevitable consequences of getting out of bed that morning.

After dividing into smaller groups, and painstakingly trying to remember everyone’s names, we went on our merry way! We had a bit of diversity amongst the people in my group; some of us were from the US (including myself), some from the Netherlands, and some from New Zealand. This made for such a fun experience. Everyone began sharing stories, groaning at the feeling of being out of shape, and wondering when the next stop for food would be.

Laughing all the way, we arrived at the Brooklyn Wind Turbine and could see nothing but fog behind the tall white structure. We all tried to imagine what lie beyond the fog as we ate a small snack before carrying on. With food and our differing cultural backgrounds, came the argument as to whether or not ‘peanut butter and jelly’ are valid sandwich fillings. This was quickly followed by the claim that “uhh it’s jam, not jelly.” And on that note, we pulled on our hoods and continued down the path. We carried on down the track—Sophie still tying too many trail markers to random bushes along the way, and everyone behind her chatting within their groups. On our way through Red Rocks, we saw lots of beautiful… fog. Again, we tried our hardest to imagine just how stunning the views might’ve been on a day with even mediocre weather. 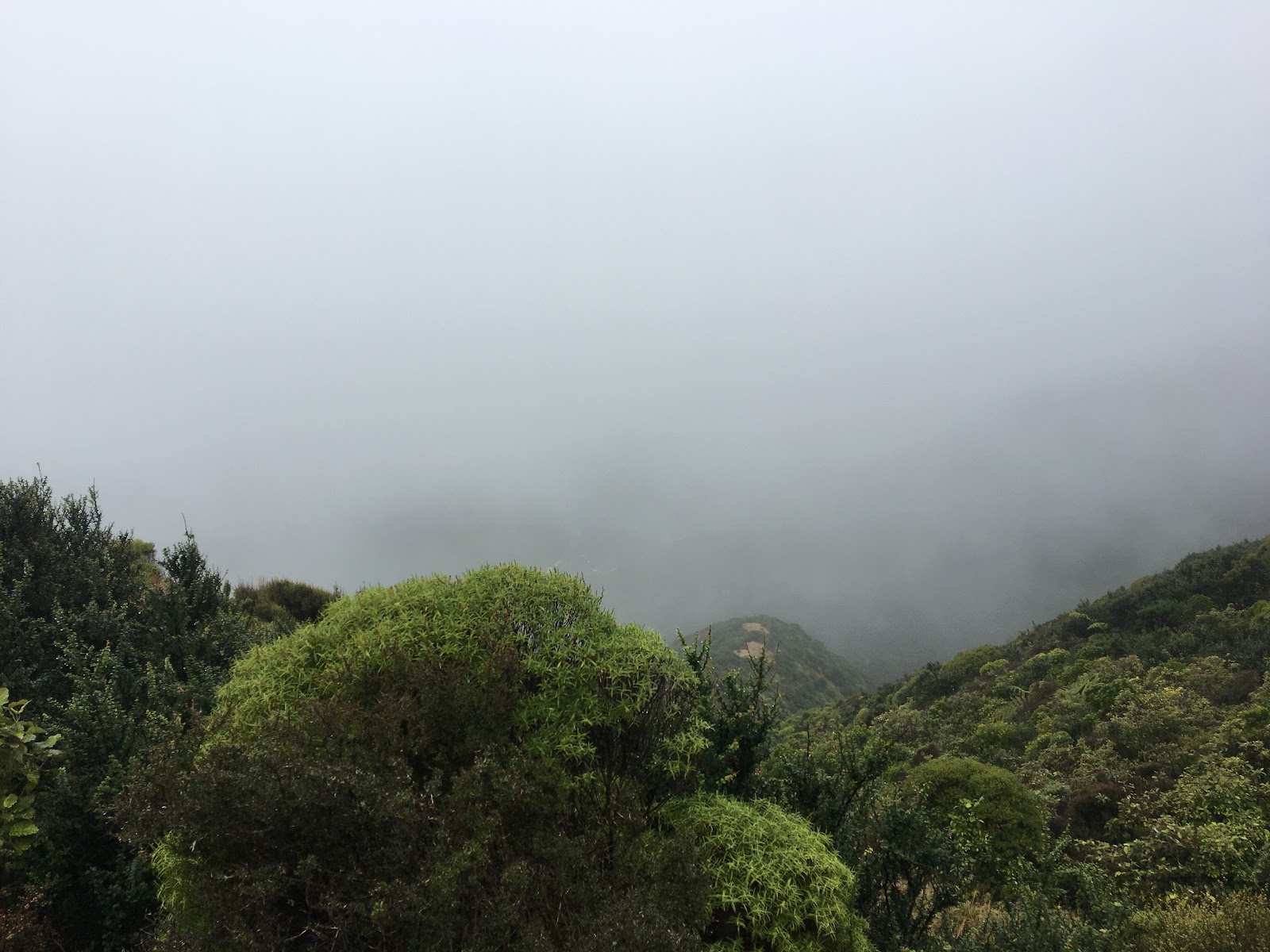 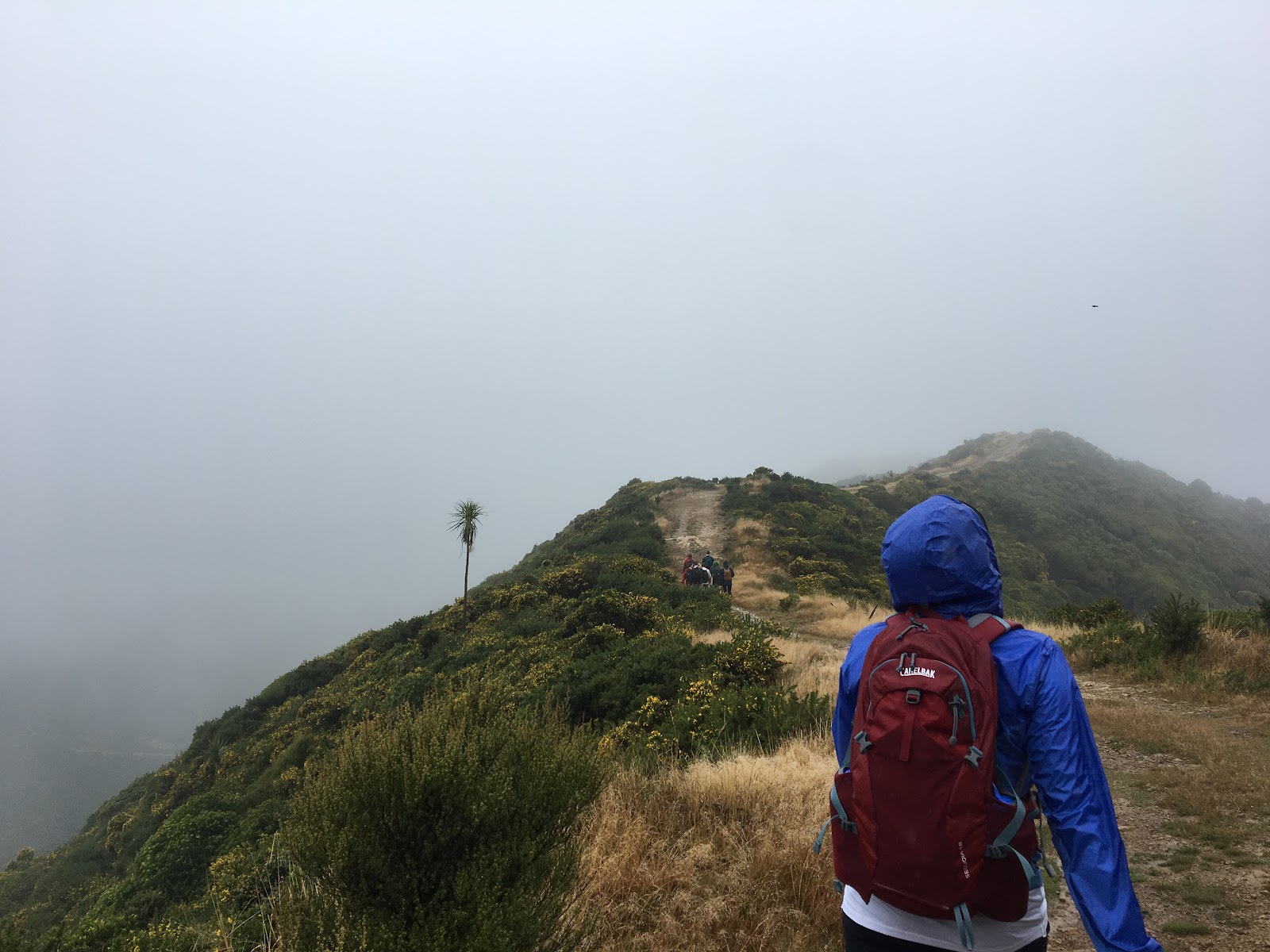 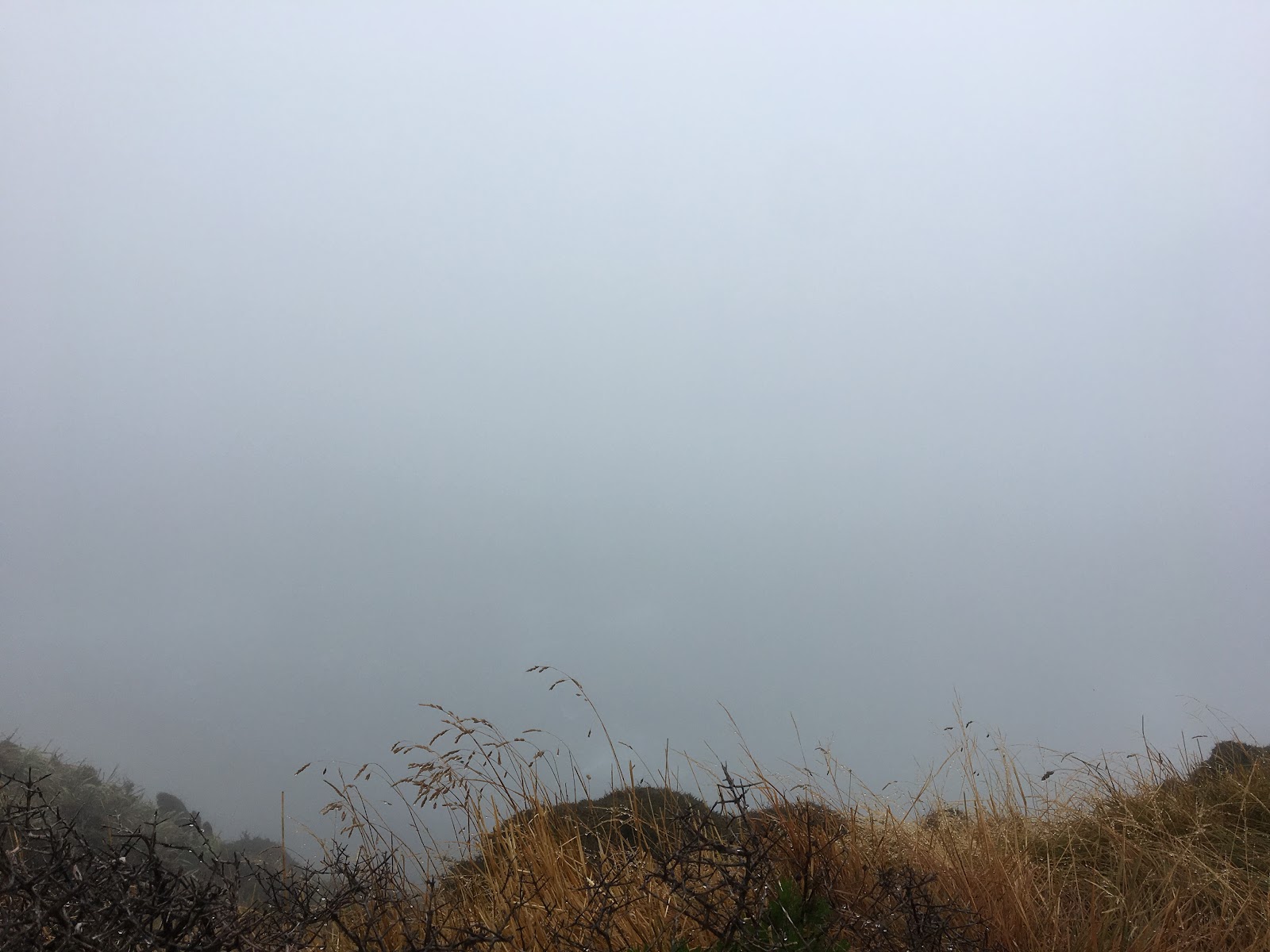 Just when we thought that we couldn’t get any wetter, we came upon two unexpected streams that needed crossing. So, that we did. Many cuffed their pants, others took off their shoes, but all trudged through the rushing water one way or another! Most, if not all, of us had large puddles in our boots and could feel our toes pruning with each step we took! Sooner than later, we landed at Island Bay where we could dump the pools out of our shoes and finish our “peanut butter and jam” and sandwiches.

Although it was a very wet and not totally ideal day for a tramp, we all had a blast! I’m sure I speak for more people than myself when I say I met so many new people and can’t wait to continue doing so on future tramps this trimester!